“Every day offers us the gift of being a special occasion,

if we can simply learn that

as well as giving

it is blessed to receive with grace and a grateful heart.”

Unfortunately, I find myself once again in the

situation of having to bend the rules to this award. Usually, I would be charged with telling you seven random secrets about myself, thanking the awarder (and linking back to them in this post) and in turn passing the award on to 15 – 20 worthy nominees.

Like I said in the third versatile blogger acceptance post, I really wouldn’t know who to nominate (but am always open to suggestions – speak up people!) and feel I’m already boring you with all the little bits of random that is me.

So, instead of this ongoing ramblings, I thought I turn the lime light from me on to my awarder and take a bit more words than usual to thank him adequately.

Apart from being a writer, who I cherish grately for his relentless honesty regarding himself and others, the intrepid cosmic tripster is also a pretty spectacular artist.

But please, don’t trust me on this, judge for yourself:

Photomanipulation by Strangetripsstudios via Strange Trip Times on WordPress 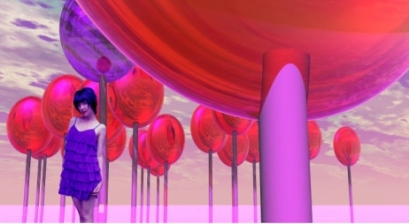 Photomanipulation II by Strangetripsstudios via Strange Trip Times on WordPress 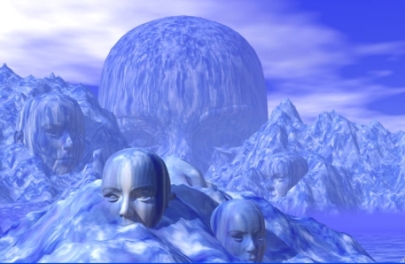 3D Art by Strangetripsstudios via Strange Trip Times on WordPress

If you care to check out these (and other) artworks of him for yourself, which I highly recommend you do, you may do so here.

(sidenote: The reason I refrained from linking the artwork directly to the respective artist is, that I have found linking to mess up the dimensions of the picture.)

Being recognised by people / writers / artists, I admire, is a humbling and exhilarating experience for me and I am truly grateful to each and every awarder. To all of you and to the intrepid cosmic tripper in particular:

Not enough with me being recognised for my versatility by so many of you,

Paprika of Good Humored was kind enough to nominate me for “7×7 Link Award” here.

Actually she didn’t specifically nominate me at first, but just everybody on her blogroll (which is still pretty cool, because her blog roll is rather compact, thus just being on her blog roll is an award in itself – or at least that’s what I tell myself).

So at first I was kind of hesitant to jump at this nomination, but when she repeated it in her comments, I grabbed that cute, shiny award badge off her writing home and hurried homewards to prepare my ever lengthy acceptance speech.

Rules for excepting the award:

The rules for this award mirror the rules for every other award I have come across with the exception of one cool little twist. Instead of spilling your guts about random little things about you, you get to link back to seven posts of yours (one for each of the categories).

Thanking Paprika is not an easy task, because I owe her much more than this cute little badge. I tried to express this gratitude here, but I actually think we’ve reached a point in our relationship where she knows, how much I treasure her. So to spare me the write and you the read, I’ll leave it at a simple, but heartfelt :

This is an extremely informative (thus helpful) post I wrote on the dangers of teenage pride and overly sweet liquor on christmas eve’. Although the title basically sums it up, you might want to read up on it for a more detailed go-to-recipe in these situations. You never know, when you’ll be a stubborn teenager on christmas eve’, better to be prepared.

I struggled with this one, because I wanted to base it only on the harsh reality of stats and figures. My highest ranking post is one of the acceptance award speeches. However, if you care for one where I’m not secretly singing my own public praises, you’ll be better off with the next popular one according to my stats.

This is an excerpt from my mother’s diary which she kept for me until she passed away in 1984. I don’t think I have to explain, why it is beautiful to me. Even though, beauty is in the eye of the beholder, I think you could enjoy my mother’s writing as well. (This was also the last post I published before disappearing for a while).

This is one of my earlier posts and since not a single soul was reading my posts at that time (not even the spammers), it’s a the absolute bottom of my stats. However, I think it deserves better. Not because it’s my best writing (I actually resisted the urge to go back and edit it!), but because it touches on a part of who I am, which is vitally important in understanding where I come from. Obviously, if you are only here for the pictures, don’t bother, it’s not nearly as artistic.

I’m not sure, if this is the best post I’ve ever written, but it’s the only post I’ve ever written about someone I am immensely proud off. This (rather short) post is a tribute to my mother’s father, who passed away a while back and who I still miss terribly. Among other things, he was my moral compass.

When I wrote this, I thought it might make you laugh or even just chuckle. I never expected it to coin this new saying of “living happily ever after under the bridge” (I have Worrywart to thank for this!).

Weirdly enough this didn’t spark the controversy I thought it might. However the topic, of deliberately chosing abortion (over adoption or other possibilies) not once but twice, is rather controversial in my opinion.

I’ve decided to take a different approach to this award (which I copied from Paprika). Since I don’t want to play favorites (more than I am already doing on my two separate blogrolls that is), if you are on my blogroll (the lower long one), that means I love what you are doing, which in term means you are deserving of this award (or both of them actually!)

So if you’d like to stick this shiny new badge to your writing home and you feel you are up for the challenge, by all means go for it! I’d love to read more from each and every one of you!

Worrywart of Worrywarts Guide To Weight Sex And Marriage just kindly bestowed 3 more awards on me here to complete my collection:

Thus all the more love to go around!

Since she didn’t post any rules to the exception

I will just assume they are “ruleless“.

Also, because you all seem too shy or too humble or too reluctant  to accept awards without an official nomination, I have composed the following list.

If your name is one here, please by all means grab one of the awards, or two or all of them (like Worrywart said there is no sense in being selfish with blogger love: Take ’em and stick ’em to your blog!).

Because you are awesome and your blogs make me think, smile, laugh, chuckle, cry, feel and just overall feel like a part of an incredible blogging community, I nominate the following bloggers:

14 thoughts on “Everyone’s A Winner!”