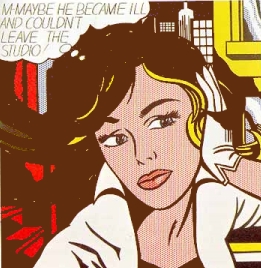 Yes, there are a couple of vices, I should kick to the curb, but I can’t really bring myself to resolve to that this year. I don’t know it just seems like a lot.

It really is an annoying – well for lack of better terms let’s call it – “habit” of mine.

I end up in this crazy downward spiral, that always ends with me living homeless under the bridge.

Let me give you a simple example:

“I forgot to buy the butter needed to bake a cake.”

This is what my mind does:

The simple alternatives such as substituting butter for oil or just going back to the shop to buy some butter or asking a neighbour to borrow butter etc. just never enter my mind.

Instead of problem solving, I go into “catastrophizing-mode”. I’m not sure why, I just do.

It’s gotten to the point, where I can recognise what I’m doing but I can’t stop it. 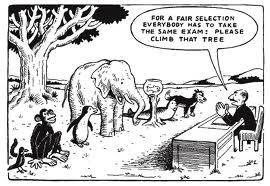 Last night, I found out that you can stop me from catastrophizing.

How you wonder? Well let me show you:

My legs last night were not a pretty sight.

Not that I have gorgeous legs to start out with, but usually they are at least hairless and clean (oh yes and they are functional, but that really doesn’t have anything to do with the way they look).

Last night they were anything but hairless.

Okay, they probably haven’t been entirely hairless for the last couple of days or maybe weeks, but I didn’t look like a grizzly bear and I wasn’t wearing skirts or dresses, so in all honesty I just ignored it.

I did such a good job at ignoring it, that I completely forgot about it.

So last night I was somewhat surprised (and mildly disgusted) to see what shape my legs were in.

I should add, that I don’t do well with shaving my legs. I cut myself, I get razor burn and little bumps and my ingrown hair (yes, this is probably t.m.i. – sorry about that). In any case, what I mean is I usually get them sugared (which is basically like getting them waxed).

Last night, standing in the kitchen at 7 pm, looking at my legs, I realized there was no way I would get an appointment with any depilora in town.

Before I could start my downward-spiral of ending under the bridge and never having babies, I remembered I still had some cold wax strips in my bathroom cabinet. – Whew, safe for now!

At first everything went smoothly (no pun intended), but then, somehow, this one strip didn’t come off cleanly and left a patch of wax and hair on my right calf – Great?! No need to worry. I’ll finish the rest and take care of that later.

Well, the same thing happened with the next three strips, except it were larger patches of wax and a lot more hair. – Okay, now I’m getting slightly worried here. Am I going to have waxy, hairy legs forever?! Oh no, Phil is going to leave me for someone with smooth, wax-less, hairless legs and I am going to end up under the – Stop! Breath!

I ditched the waxing and rummaged through the bathroom cabinet until I found an old (but unused) one-way razor. – Fine. I’ll shave them this once. I’ll be extra careful. Plus everything beats hairy, waxy legs, right?!

Everything went fine (meaning only several insignificant slight cuts, totally coverable with make-up – yes, I put make-up on my legs – sometimes), until I got to the hairy, waxy patches. I know this going to sound really bad, but yes, I admit it, I tried to shave them off.

Obviously, this didn’t work. Instead, the razor got stuck to the hairy, waxy patches on my leg and I was really lucky I didn’t seriously injure myself getting it off. – “Oh now he’s definitely going to leave me! Honestly, which other woman has waxy, hairy legs with a razor stuck to them?! He can’t stay with me! He just won’t, he just won’t…”

I suddenly imagined myself writing this post. Or at least a post about Phil leaving me for a younger, smarter, skinnier woman with hairless, wax-less legs, who doesn’t have a razor stuck to her right calf.

I started laughing. It was too absurd.

Why in the world should my legs remain hairy and waxy with a razor attached to my calf for the rest of my life?! And even, if – maybe I could sue the razor company? I’m pretty sure, they didn’t explicitly warn consumers, that their razor couldn’t be used to shave off waxy hair patches from your legs. At this point, I was literally laughing out loud under the shower.

So I did the only thing I could do.

I got out of the shower. Dried off and stuck some strips of toilet paper to the sticky, waxy, hairy part of my legs.

I then woke Phil, who was taking a nap, and told him to get ready. I showed him my toilet paper covered, sticky, waxy, hairy leg and he laughed. He thought it was adorable.

Let me repeat that:

He didn’t want to leave me! He didn’t think less of me! He thought I was adorable!

In the end, I did manage to remove the waxy, hairy parts from my calf (simply by pulling of the toilet paper wads b.t.w.), but that, to me, is beside the point.

The point is, I finally found a way to stop that little “catastrophizing” voice of mine.

I simply ask myself:

“What kind of post would that make and what would you say.”

So, thank you. Thank you for saving my life; -or well, at least my temporary sanity.

Blogger I heart: They make it all worth it.

A place to start 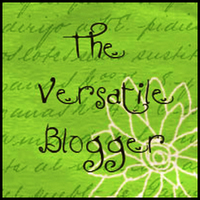